Hard to Resist, Tougher to Avoid — and Devastating to Our Health

Do you enjoy the taste of sweet things?

We all do, to some degree. In fact, it’s evolutionary. A sweet tooth served our hunting-and-gathering ancestors well. They knew that if they ate something sweet, it wouldn’t kill them; nothing in nature that tastes sweet is acutely poisonous. It’s ironic, because in the amounts we currently consume it, sugar is a chronic toxin and it is killing us — slowly. I’m not being overly dramatic here; I’m simply stating what scientific research, my own included, has made impossible to ignore.

We are in the midst of a nationwide health crisis, with implications for both dentistry and medicine. Dentists are seeing an increase in tooth decay — despite the addition of tooth-strengthening fluoride to most municipal water supplies. Physicians like myself are seeing many more obese children — some as young as six months old! Thirty years ago, 1 child out of 20 was obese. Today, it’s 1 in 5. Thirty years ago, there were zero children in America with type 2 diabetes. Today, there are 57,000.

Why is this happening? Because our food supply has changed a great deal over those decades; it now contains so much added sugar (i.e., not naturally present in our foodstuffs) that our metabolic (energy-processing) systems just can’t handle it. The food industry loads sugar — either sucrose (table sugar) or the cheap and abundant high-fructose corn syrup — into virtually everything it sells. This includes lunch meats, yogurt, peanut butter, bread, tomato sauce, you name it.

The Food Industry: Keeping Us Hooked

These days, 77% of the 600,000 food items sold in grocery stores contain added sugar. We used to consume 4 pounds of sugar per person per year — from fruits, vegetables and, occasionally, honey; now it’s closer to 90 pounds. The most we should be consuming yearly, according to the World Health Organization, is 20 pounds. That’s 25 grams per day (about 6 teaspoons or just less than one ounce); about two-thirds of the amount in just one can of soda. And children should not exceed 4 teaspoons per day.

It started in the 1970’s, when health concerns (based on strikingly incomplete research, it turned out) led to a demand for lower-fat foods. The food industry had to retool its products to meet this new demand. The problem was, taking the fat out of many processed foods caused them to taste like cardboard. To make this low-fat fare palatable, the food industry started adding more sugar. It was, and continues to be, a highly profitable move for them because sugary foods don’t just taste better to most of us, they are also weakly addictive. And consumption of sugar is way, way, up.

Our drive to consume sugar increases in times of stress — how fitting that “desserts” is “stressed” spelled backwards.

That’s right, we now have data to support that sugar addiction is a real phenomenon, not just a metaphor. Sugar triggers the release of the brain chemical dopamine, which regulates the brain’s reward center. Anything that activates the reward center can lead to craving, bingeing, tolerance, and withdrawal — i.e., addiction. Our drive to consume sugar increases in times of stress — how fitting that “desserts” is “stressed” spelled backwards.

A Calorie Is Not a Calorie

There’s a whole lot we know now that we didn’t know even 35 years ago, when our food supply started being saturated with added sugar. Ever since the 1990’s, research in my field of neuroendocrinology (how the brain controls hormones and vice versa) has led to the discovery of other hormones that regulate our intake of food and processing of energy — which is what sugar is basically used for. We have also learned a simple truth that flies in the face of previous erroneously held beliefs about the body’s ability to burn off excess calories; that is, a calorie is not a calorie.

It used to be assumed that you could eat whatever you wanted, as long as you were active enough to burn it off. That theory works if every calorie is the same, whether it comes from carbohydrate, protein or fat — and what type of each. The problem is, your body does different things with different types of calories — even within the same category of food. Let’s take fat. Dietary fat isn’t one entity, but at least seven. For example, omega-3 fatty acids, which come from wild-caught fish and flaxseed oil, are essential nutrients that help the body build cell membranes in the brain and that also have anti-inflammatory properties. On the other hand, omega-6 fatty acids, which come from farm-raised, corn-fed meat, are pro-inflammatory and associated with heart disease.

Likewise, a carbohydrate is not a carbohydrate. Glucose, also called “blood sugar” because it is the normal sugar molecule that circulates in the blood, is used as energy by every cell and organ of the body. It is readily converted into glycogen (animal starch) by the muscles and liver for easy conversion back to glucose for energy when needed, and is not usually stored as fat. Fructose, a sugar naturally found in fruits but also used as an added sugar to processed foods, always goes to the liver first. Fructose in the quantities eaten today primarily gets stored as fat; usually, that fat will go to your belly. But sometimes, it will stay in your liver, causing fatty liver disease. To round out our list of sugars, sucrose (table sugar) is a combination of fructose and glucose.

Wait a minute, you may be thinking: Does this mean eating fruit is bad? Absolutely not; while fruit does contain some fructose, it also contains way more fiber, which slows down absorption, reducing rate of flow of sugar to the liver. This allows your liver to safely process all of the fructose without overwhelming it. What’s more, the fiber fraction of fruit contains lots of crucial micronutrients.

Excessive weight gain is routinely considered by society to be a behavioral problem — a character flaw exemplifying the sins of gluttony and sloth. While many scientists still see it that way, I and others do not; at least not since the 1994 discovery of a hormone called leptin. This hormone, secreted by fat cells, signals your brain that you’ve got enough fat stored up for long-term energy use so you can reduce your intake of calories. When your brain receives the leptin signal, you no longer feel hungry. Research has shown that too much sugar consumption interferes with the brain’s receipt of that signal, so that a feeling of fullness is never achieved; in fact you think you’re starving. Starvation and reward conspire to thwart every obese person.

Insulin, a hormone that regulates energy storage, also comes into play here. Produced by the pancreas, insulin directs your body to take excess glucose out of your blood stream and store it in your fat cells. You’ve probably heard of insulin in the context of diabetes. People with type 1 diabetes don’t make insulin. People with type 2 diabetes produce lots of it but are resistant to its effects. When a person is insulin resistant, it takes more and more insulin to do the same job. That excess insulin in your bloodstream is going to turn even more energy into fat, which will drive up your weight gain. Meanwhile, spiked levels of insulin will also interfere with that leptin signaling mechanism, which makes you hungrier. The process just becomes a vicious cycle, so you end up over-consuming and developing disease.

Today, because of too much sugar consumption, most overweight people are insulin-resistant, but so are up to 40% of normal-weight people. Insulin resistance, high blood levels of triglyceride (fat) and glucose, and increased belly fat — all resulting from too much added sugar — are signs of “metabolic syndrome.” If you are diagnosed with metabolic syndrome, your risk for heart attack or stroke is doubled, and your risk for developing diabetes is multiplied by five, according to the American Heart Association.

Let’s Take Back Our Health

Now, here’s some good news: There’s an easy way to solve this problem; it’s called real food. So what is real food? It’s low sugar and high fiber. Processed food is high sugar and low fiber. We have to learn to recognize exactly what real food is, and feed ourselves and our children accordingly. It’s the unprocessed items you find along the edges of the grocery store; the things that don’t have a nutrition label or even an ingredients list, because it’s one ingredient; the things you cook yourself. For example, a piece of fish is real food; a fish stick is not.

I’m not saying this is easy. The food industry tries as hard as possible to hide sugar in plain sight under dozens of aliases, such as “evaporated cane juice” and “fruit juice concentrate.” Meanwhile, sugary products are promoted as “low fat” to suggest they are healthy. Sadly, our government does little to stop these deliberate attempts to mislead. So we must become more vigilant, as we can’t expect government to do it for us. We must take back our health.

Here are five things you can do today:

The food industry is powerful, but that doesn’t mean invincible. After all, the tobacco lobby is just as powerful. Yet greater health awareness and advocacy on the part of ordinary citizens got cigarettes out of our restaurants, airplanes, workplaces and schools. We have to do the same when it comes to the avalanche of sugar in our food supply. If we don’t take immediate steps both as individuals and as a society to stop poisoning our systems with sugar, we and our children will only get fatter and sicker. 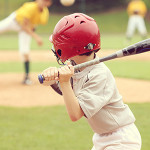 Knocked Out Tooth
Scroll to top