Some improvement found over 5-year period but expert says program cuts could hurt.

Only about one-third of U.S. children on Medicaid receives dental care in a single year, and how often these kids see a dentist depends on where they live, a new study finds.

In 2007, the prevalence of visits to the dentist ranged from 12 percent in Nevada to 49 percent in Vermont, but didn’t reach 50 percent in any state or the District of Columbia, the researchers found.

The researchers also compared the 2007 findings with data from five years earlier.

“This study confirms with actual paid Medicaid claims data that access to dental services for Medicaid-eligible children has increased 16 percent nationally between 2002 and 2007, even though no state has yet reached even 50 percent access,” said study co-author Dr. Allen Conan Davis, an associate professor at the University of Alabama at Birmingham School of Dentistry and former chief dental officer for the Centers for Medicare and Medicaid Services (CMS).

Although progress has been made nationally, more work needs to be done to improve access to dental services for Medicaid-eligible children, he said. “CMS has established goals for preventive dental services for the states in an effort to encourage continued improvement,” he noted.

However, as with all Medicaid programs, children’s dental care is a partnership between states and the federal government, Davis said.

Since eligibility rules and available dollars vary widely state by state, so does the care provided to those covered by Medicaid, he added.

The report was published online June 4 and will appear in the July print issue ofPediatrics.

The researchers looked at Medicaid records and found that for infants and toddlers, the rate of dental visits was low in all but three states and peaked when they started school.

Children in the Primary Care Case Management part of Medicaid tended to have the highest number of dental care visits; those covered by the Children’s Health Insurance Program (CHIP) also tended to see a dentist more often.

Dental-care programs in schools and having a regular dentist were key in improved children’s dental care and the likelihood of seeing a dentist, the researchers noted.

“More people are on Medicaid and more and more states, in an attempt to balance their budgets, have eliminated dental benefits,” said Dr. Lindsay Robinson, a spokeswoman for the American Dental Association.

In addition, states are eliminating money for school-based dental education programs, she said.

More investment is needed in dental care to cover those who rely on Medicaid, Robinson said. “Only about 2 percent of Medicaid dollars go to dental care, in the private system it’s triple that,” she said.

Not only are Medicaid dollars for dental care being cut and school programs being abandoned in an effort to save money, but reimbursements to dentists from Medicaid are so low that many dentists aren’t willing to see Medicaid patients, Robinson said. 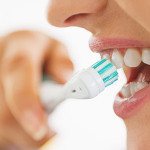 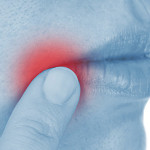