Stomatitis, a general term for an inflamed and sore mouth, can disrupt a person’s ability to eat, talk, and sleep. Stomatitis can occur anywhere in the mouth, including the inside of the cheeks, gums, tongue, lips, and palate.

Types of stomatitis include:

Nobody knows what exactly causes canker sores, but many things may contribute to their development, such as certain medications, trauma to the mouth, poor nutrition, stress, bacteria or viruses, lack ofsleep, sudden weight loss, and certain foods such as potatoes, citrus fruits, coffee, chocolate, cheese, and nuts.

Canker sores may also be related to a temporarily reduced immune system because of a cold or flu, hormonal changes, or low levels ofvitamin B12 or folate. Even biting the inside of the cheek or chewing a sharp piece of food can trigger a canker sore.

Canker sores may result from a genetic predisposition and are considered an autoimmune disease; they are not contagious.

About 20% people in the U.S. will have canker sores at some point during their lifetime — women more often than men.

Cold sores are caused by a virus called herpes simplex type 1. Unlike canker sores, cold sores are contagious from the time the blisterruptures to the time it has completely healed. The initial infection often occurs before adulthood and may be confused with a cold or the flu. Once the person is infected with the virus, it stays in the body, becoming dormant and reactivated by such conditions as stress, fever, trauma, hormonal changes (such as menstruation), and exposure to sunlight.

When sores reappear, they tend to form in the same location. In addition to spreading to other people, the virus can also spread to another body part of the affected person, such as the eyes or genitals.

Treatment for Common Forms of Stomatitis

The following strategies might help to ease the pain and inflammation of mouth sores:

For canker sores, the aim of treatment is to relieve discomfort and guard against infection. Try the following:

For more severe sores, treatments may include:

If you seem to get canker sores often, you may have a folate or vitamin B12 deficiency. Talk with your doctor about being tested for these deficiencies.

Anti-inflammatory drugs such as corticosteroids (including prednisone) are the most effective treatment for canker sores, as they will reduce swelling and pain. They are also effective for cold sores after the sore has been present for three to four days, because at that point the virus has disappeared and only the inflammation remains.

Not all people can take certain types of anti-inflammatory drugs. For example, if prednisone is given to people with diabetes, their bloodsugars will go up. Talk to your doctor about any health conditions you have before starting a new medication.

There is no cure for cold sores. Treatment includes:

Taking L-lysine tablets may also help, as might antiviral mediations that a doctor prescribes. Some experts believe that these drugs shorten the time that the blisters are present.

Not all sores are harmless. Schedule an appointment with your doctor if your mouth sores haven’t healed within two weeks. 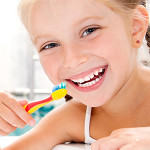