Dear Doctor,
My 10-year-old sucked his thumb from birth until age 8. I’m wondering if this habit affected his bite because now his teeth don’t come together in the front and every time he swallows, his tongue moves forward. What can be done?

Dear Jackie,
It sounds like your son has two conditions that are sometimes related. The first is an “anterior open bite,” in which the upper and lower front (anterior) teeth do not meet; there is a space between them. The second is a tongue position problem; instead of the tongue lifting up against the palate (roof of the mouth) when swallowing, a “tongue thrust” occurs in which it moves into the space between the teeth. Prolonged thumb sucking may indeed have caused his open bite. However, there is treatment that can help.

In a normal bite, the top teeth overlap the bottom teeth. In your son’s case, there is a gap between the teeth where the tongue now likely rests and then moves or thrusts forward into when he swallows.

All babies position their tongues forward and swallow with a tongue-thrusting motion, called an “infantile swallowing pattern” or primary tongue thrust, necessary to provide a seal with the lips. The transition to adult swallowing normally begins when most of the primary (baby) teeth are erupting. Once the tongue moves out of the way and the upper and lower front teeth contact, the teeth then support the lips, which seal together during swallowing.

It is believed that most open bites occur due to a failure in this swallowing transition, which leaves the tongue between the teeth and blocks their full eruption. However, a thumb constantly resting between the teeth can have the same effect.

Swallowing activity matures over time, and by around age 4 the infantile pattern is normally replaced by the adult pattern in which the tip of the tongue now contacts the roof of the mouth, just above the back of the front teeth. (Try swallowing right now and feel where the tip of your tongue is positioned.)

Given that your son sucked his thumb for so long, it likely interfered with the proper eruption and positioning of his front teeth. Even if he stopped the habit, his tongue’s resting position, if too far forward, may still be affecting the development of his bite. In other words, the constant (albeit light) pressure from the tongue resting in that gap between his teeth is enough to prevent his front teeth from coming into proper position.

The question is, did his thumb sucking cause all of this? Most likely, especially if he continues to suck his thumb even once in a while.

Thumb sucking can actually block the front teeth from erupting fully and can also push the teeth forward — sometimes more on the side where the thumb rested. How far out of position the teeth end up will depend on the number of hours per day his thumb was in his mouth and how much pressure was applied. That is why it’s so important to stop such habits before the permanent teeth start to come in. But all is not lost in your son’s case.

Diagnosis: The first step is to take him for a thorough evaluation by an orthodontist, a specialist in the diagnosis and treatment of malocclusions (“mal” – bad; “occlusion” – bite). The most important challenge is to figure out what is causing the open bite.

There are times when an open bite is caused by factors other than thumb sucking. “Skeletal factors” include too much vertical growth of the jaws, or the way the upper and lower jaws grow in relation to one another. When open bites are skeletal or jaw-related they can be difficult to close and tend to relapse.

Causes not related to skeletal growth are grouped under the heading of “dental factors.” Since your son sucked his thumb at an age when his permanent (adult) teeth were coming in, he probably has a dental open bite and not a skeletal one. However, when the pressure exerted by the thumb in the mouth is particularly strong and occurs over a long period of time, the forces can potentially influence growth of the jaws.

Treatment: When an open bite is a result of thumb sucking, which essentially creates a “secondary tongue thrust” to seal the gap between the teeth when swallowing, it can often be treated successfully with orthodontics (“ortho” – to straighten; “dont” – tooth). One approach involves placing a thin metal “tongue crib” behind the upper and lower incisors. The aim of this appliance is to discourage thumb or finger sucking. It also acts to retrain the tongue, stopping it from going between the upper and lower teeth where it doesn’t belong. If that habit is not eliminated, orthodontic treatment may not be successful, or the teeth may eventually relapse into the open bite position.

My research has shown that orofacial myofunctional therapy (OMT) can be highly effective in treating tongue thrusts and preventing open bite relapses. OMT involves individualized exercise routines to retrain specific oral and facial muscles, particularly those of the tongue and lips. The exercises help correct tongue resting positions, create good chewing and swallowing patterns, and may improve speech sounds. The group of patients my colleague and I studied benefited greatly from having up to 14 half-hour OMT sessions, with the number of sessions determined by how fast progress was made.

The results of my research and other studies show the benefits of collaboration between orthodontists and myofunctional therapists. Your son may benefit from both types of treatment to make sure that his teeth move into — and stay — in a new and improved position. 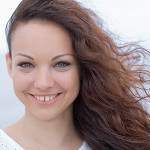 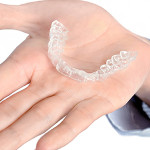 Straightening a Smile Before Replacing Lost Teeth
Scroll to top