The last teeth to develop can cause havoc for the rest of your healthy mouth. Yet there’s growing controversy about whether we really need to have them taken out.

Just as you enter adulthood, your wisdom teeth make their presence known in the far reaches of your mouth. Wisdom teeth — officially the third molars — are the last set of teeth to come in, usually between 17 and 25 years of age, in the so-called “age of wisdom.”

For some, these teeth come in fine. For many others, wisdom teeth don’t come in properly (if at all), are vulnerable to disease, and need to be removed to protect a healthy mouth.

It’s estimated that 95 percent of American 18-year-olds “have wisdom teeth, and most of them have little if any chance to function in a normal manner,” says Louis Rafetto, DMD, an oral and maxillofacial surgeon in Wilmington, Del.

So if wisdom teeth are virtually useless in millions of mouths, why do we have them? One theory lies in the mouths of our ancestors. Early humans needed an extra row of teeth to chew their food: a diet of uncooked, hard items like roots, nuts, and meat. “I’m not an expert on anthropology, but clearly the need for and utility of wisdom teeth in the past exceeds that of the need of today,” says Dr. Rafetto.

Although it’s uncommon, some people born today never develop wisdom teeth. Why? It’s likely because of the size reduction in our jaw and face over the past 20,000 years, says John Hawks, PhD, an assistant professor of anthropology at the University of Wisconsin in Madison and an expert in human evolution. He adds that lack of wisdom teeth is more common in agricultural populations than in hunter-gatherers (like Aboriginal Australians) today.

The Trouble With Wisdom Teeth

Anatomy is at the root of most problems with wisdom teeth, says Thomas Dodson, DMD, MPH, a professor of oral and maxillofacial surgery at Harvard School of Dental Medicine and director of the Center for Applied Clinical Investigation at Massachusetts General Hospital in Boston. “Either jaws are too small or teeth themselves are too big for the jaw,” he says. This adds up to a crowded mouth. Dr. Dodson says Mother Nature probably programmed third molars to come in during the late teens or twenties, when the jaw would be big enough for another set of molars.

Even when wisdom teeth come in fully (“erupted” out of the gums), they can still pose a problem for a healthy mouth. Here, it’s all about location, location, location. The third molars are so far back in the mouth that it’s easy for food to get trapped, leading to more bad news: plaque, cavities, and gum disease, says Dodson. Many people just can’t reach them to brush and floss well enough.

Getting Smart About Wisdom Teeth

How to manage your wisdom teeth is a decision to make with your dentist or oral surgeon. Getting them removed isn’t always a foregone conclusion if they are fully erupted and functional. Follow your dentist’s advice to stay free of gum disease. Because wisdom teeth are predisposed to problems, you’ll have to be vigilant about oral hygiene and keeping regular dental appointments. If wisdom teeth show signs of disease or decay, your dental health team will strongly suggest getting them removed.

Surgery is definitely an option for partially or fully impacted wisdom teeth, Dodson says. If you don’t get them out, they’ll need to be monitored very closely with regular dental exams, X-rays, and thorough periodontal cleanings for the rest of your life. Over time, this can be an expensive option, but on the other hand, this could just be part of the regular dental care you’d get for the other 28 anyway.

Despite your best efforts, you may end up needing your wisdom teeth removed eventually. It’s a common practice the world over. A 2004 study from Finland followed 118 people from age 20 to 38. At the beginning of the study, 85 percent of participants had their wisdom teeth (partially impacted, fully impacted, or erupted), but 18 years later, only 31 percent of the people still had those teeth. And an update in 2009 showed that the percentage of wisdom teeth removed continued to increase in the years after the study was published.

Rafetto says it’s important to get wisdom teeth examined during your teens. Dentists and oral surgeons are able to determine whether the teeth will be functional or likely to cause problems down the road. If problems are suspected, “it is wise to remove [the tooth or teeth] before problems lead either to symptoms or damage that may not be repairable,” he says. If the decision is made to take them out, Rafetto advises not to wait. The surgery is usually less complicated in young people, he says, because the roots are less established and, in general, healing is easier.

The American Public Health Association (APHA) has a different opinion. The group says the possibility of future problems is not a valid reason to remove teeth that are asymptomatic, meaning they’re not showing symptoms of disease. The APHA issued a policy statement in 2008 arguing that what it calls “prophylactic removal” is largely unnecessary, wastes billions of health care dollars, and puts people at risk for surgical complications.

Dodson and Rafetto are quick to say that “asymptomatic” does not mean “disease-free.” You can develop dental disease well before you feel any pain or experience other symptoms, they say.

What are the potential risks of wisdom teeth surgery? As with any surgery, infection is possible, and there are risks associated with anesthesia. Dodson says there’s a slight chance of nerve injury, but if that occurs, it’s usually a temporary problem. Immediately after the procedure, you’ll have pain and swelling, but your surgeon will suggest over-the-counter pain relievers and possibly prescribe a stronger painkiller, should you need one.

How to manage your wisdom teeth is ultimately your decision. Though it’s aggravating to have to consider expensive surgery for teeth the body shouldn’t be making anymore, it may be the right dental health option. Having a frank discussion with your dental health team and reviewing all your options is the first step in making the right choice. 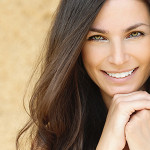 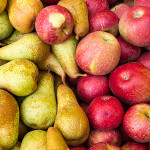